Why You Need Both an iPhone Camera and a DSLR! 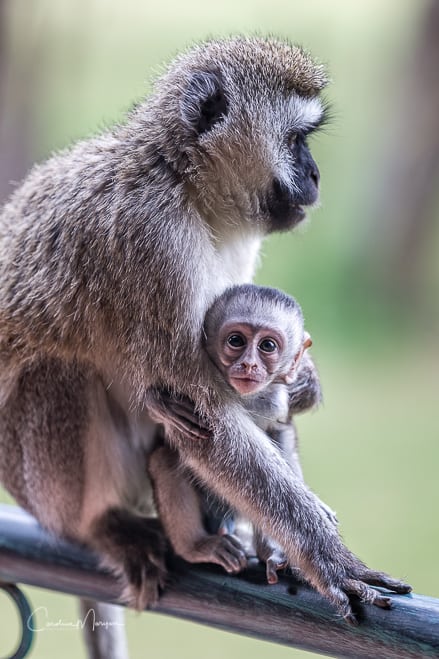 Vervet Mama and Baby at Lake Naivasha, in the Rift Valley in Kenya, taken with intention and my Canon 5D Mark IV, just before she decided to enter my room and have a look around… Can you guess what f/stop number I chose to blur the background. Click on the photo to see a larger version. (Photo details at the end of the blog post.)

I love my iPhone camera! Ever since Apple introduced the iPhone 4s in 2011, with it’s improved camera and technology, I’ve been hooked on the convenience and quality. Before that, when I traveled, I carried a small digital Canon Elph point-and-shoot camera, set to auto mode, to grab photos quickly. Now, I didn’t need to carry an extra camera. I had the perfect tool to feed my “shoot and run” habit.

I would actually swing the camera or phone side to side, shooting, hoping to capture a frame or two I could use. Predictably, most shots were awful! At least the Elf was digital, so I wasn’t paying to print these pitiful shots. That’s how I developed the “shoot and run” style of photography. With this approach, I’d pause just long enough to get a shot and, then, run to catch up with the group. The photos were getting a bit better.

I did have a Canon film SLR with me and loved the shots I captured with it. But, the photos were expensive to print, so I tended to take far fewer of them. In the end, I valued both types of shots. The quick auto digital ones reminded me of where I’d traveled. The Canon shots, taken carefully with my SLR, were worth printing.

Fortunately, the cost of DSLRs decreased dramatically, and I invested in my first one. I was hooked. I started taking more time to stop, compose and shoot my photos with intention instead of desperation. I started making art with my camera! (And, yes, even today, I still run to catch up… 😉)

So, what is the difference between the shots you take with an iPhone and a DSLR?

After all, there are apps for the iPhone and the other smart phones, as well, that purport to give you control over your shots. They are incredibly fun to play around with and usually very cheap to buy. There are also mini zoom lenses you can buy to attach to your iPhone.

However, smart phones come with fixed apertures. And changing the aperture of your DSLR is where the art begins!

Here’s an example of a photo shot with my iPhone 7, and then my DSLR. 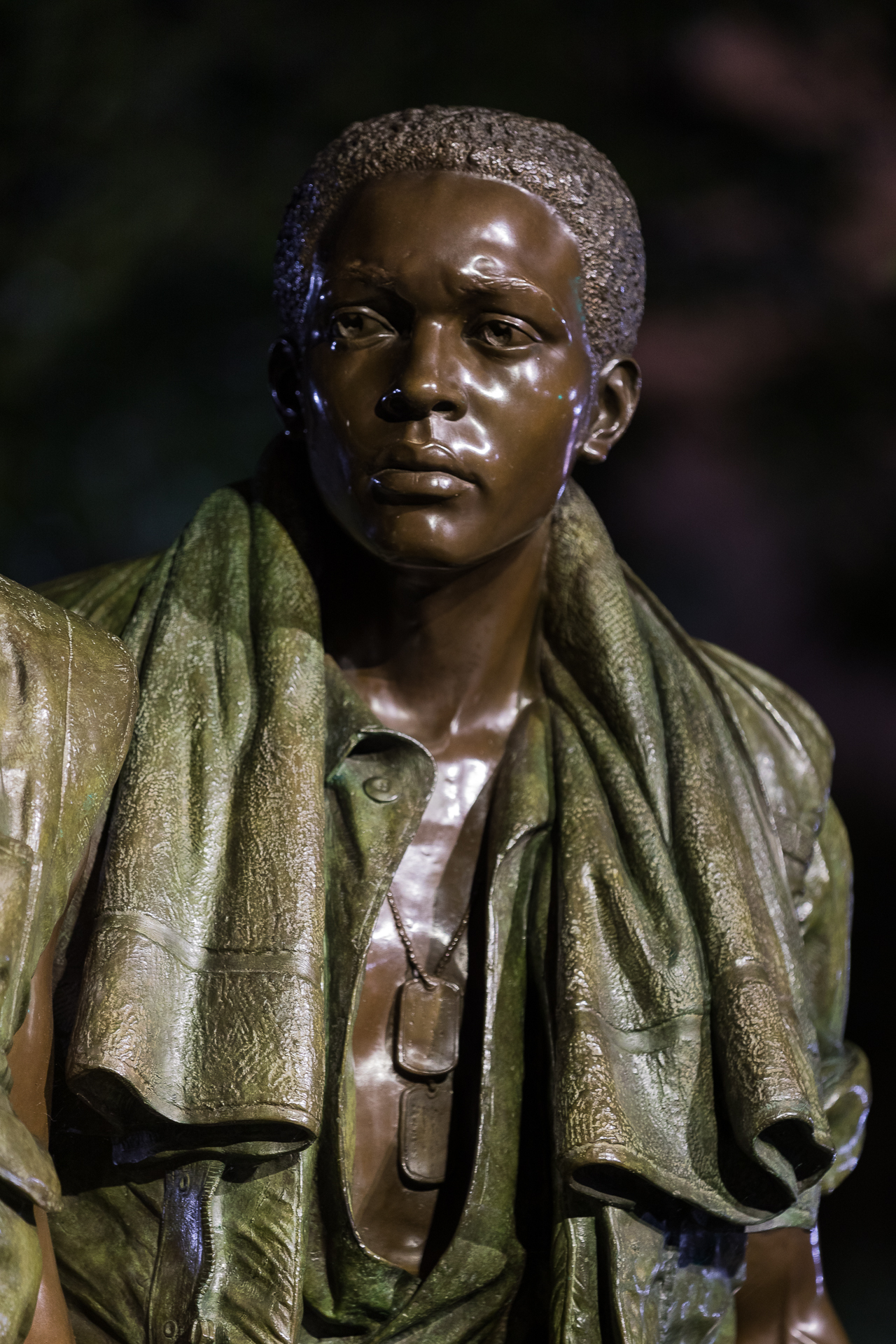 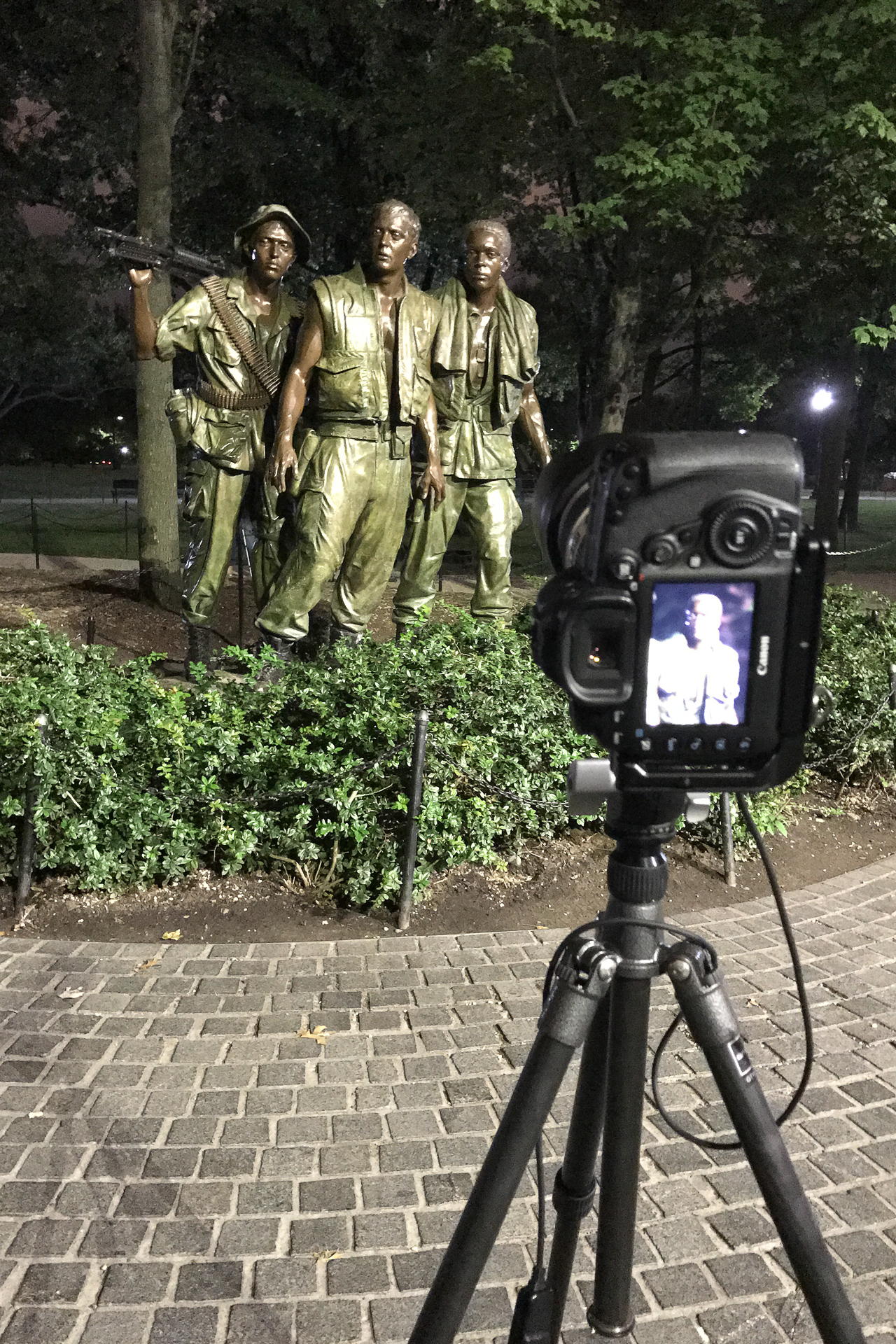 First of all, you can see that the composition is different. I don’t have a mini zoom lens for my iPhone, so the first photo is not zoomed in. You can zoom digitally with the iPhone, but this affects the overall quality of the photo. Yes, I could have used my feet to zoom, walking up close to the serviceman to fill the frame. However, there were many people standing around me, shooting the same scene. I don’t think they would have appreciated me appearing in their shots… 😎

Instead, the first photo sets the scene and is valuable for research. It’s an overall shot of the sculpture and its environment. I can use the GPS coordinates saved in the file to locate the exact location. I’ve also included my tripod and DSLR in the photo, as a record. If you look closely, you’ll notice a preview of the photo I’m preparing to take with the DSLR on it’s LCD screen. It’s a closeup of one of the men.

So, aside from zooming, what is the important difference between the shots? The background.

If you look at the iPhone photo, the background is pretty detailed. You can see trees and leaves. Artistically, it’s a cluttered shot.

Next, we come to the second photo. This one is shot with my Canon 5D Mark IV, on my Gitzo tripod. (You can see what cameras I recommend here on my website.) It’s a closeup portrait of one of the servicemen. Notice the background. Since I can control the aperture on my DSLR, I’ve chosen to shoot the photo with a wide aperture (low aperture number), to make the background completely blurry. There are no tree branches or leaves coming out of his head. He is the subject. This shot took time to set up, compose and shoot. It took thought and intention. I knew I wanted a portrait. I set the aperture of my camera to a low f/stop number of f/2.8, to ensure that blurry background. With my DSLR, I had this control. With my iPhone, I didn’t.

The first photo is a record of where I was. The second one is art. Personally, I love both of them! Together, they tell me a story.

Do you own both an iPhone and a DSLR? Do you know how to use the dials and buttons on your DSLR, so you aren’t shooting on automatic? If there’s one thing you can do to improve your photography immediately, it is to get off the automatic setting and take control of your DSLR. Then, be sure to bring both cameras along with you! You’ll be amazed at the artistic control you have! Before long, you’ll be shooting photos worth framing!

Finally, here are the details of the first photo in the post, the one of the mama and baby vervet monkeys. It was shot at f/2.8, ISO 250, 1/125 sec, 142mm, Aperture mode. She was on the balcony of our room. I was shooting through an open door. And, yes, she did try to bring the baby in. We had a hurried discussion, in which I waved my arms around and tried to sound forbidding in monkey talk. She reconsidered and, after time to catch my breath, I shot the rest of my photos through the window! 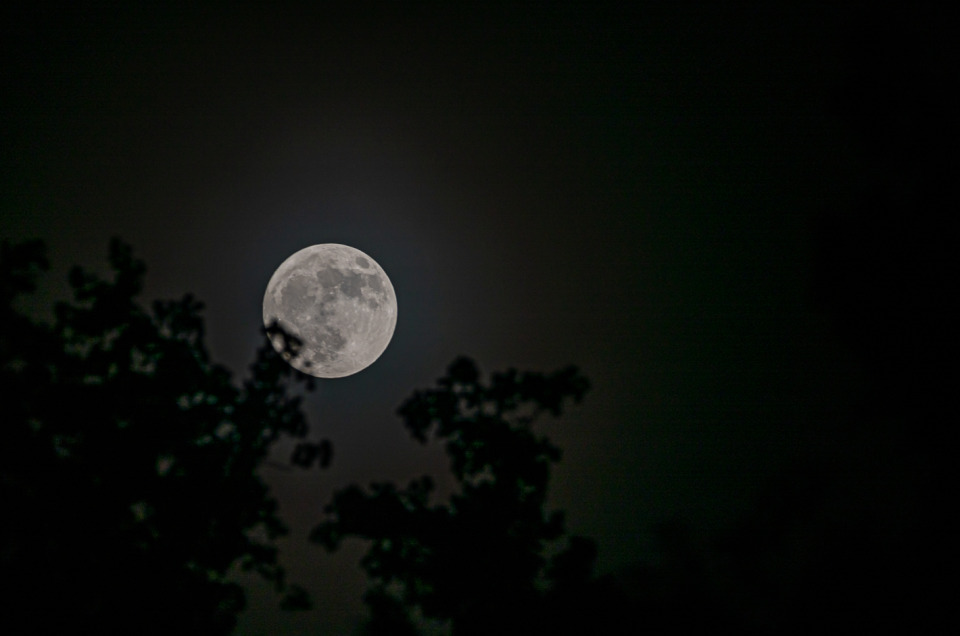 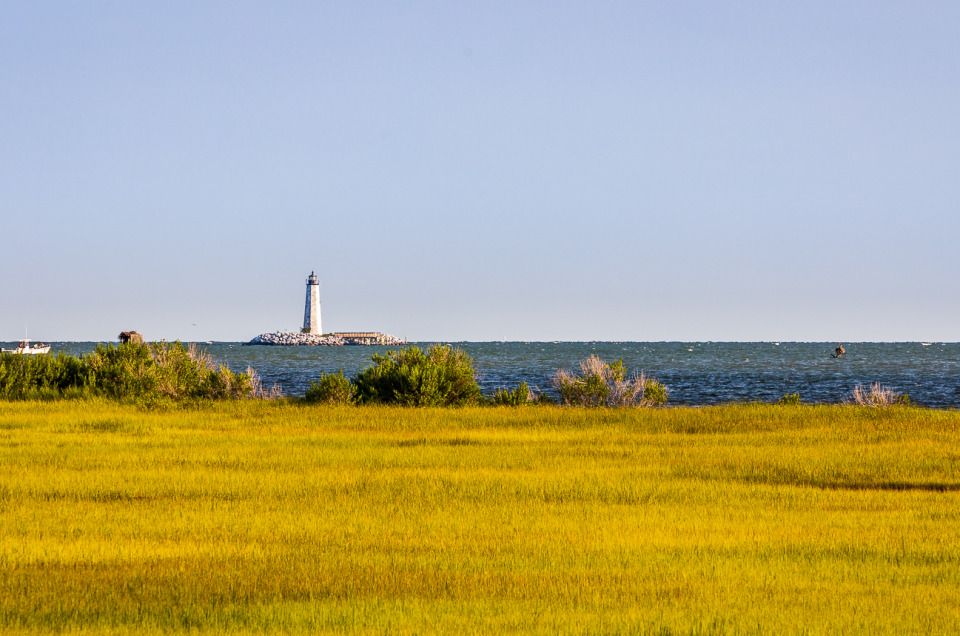 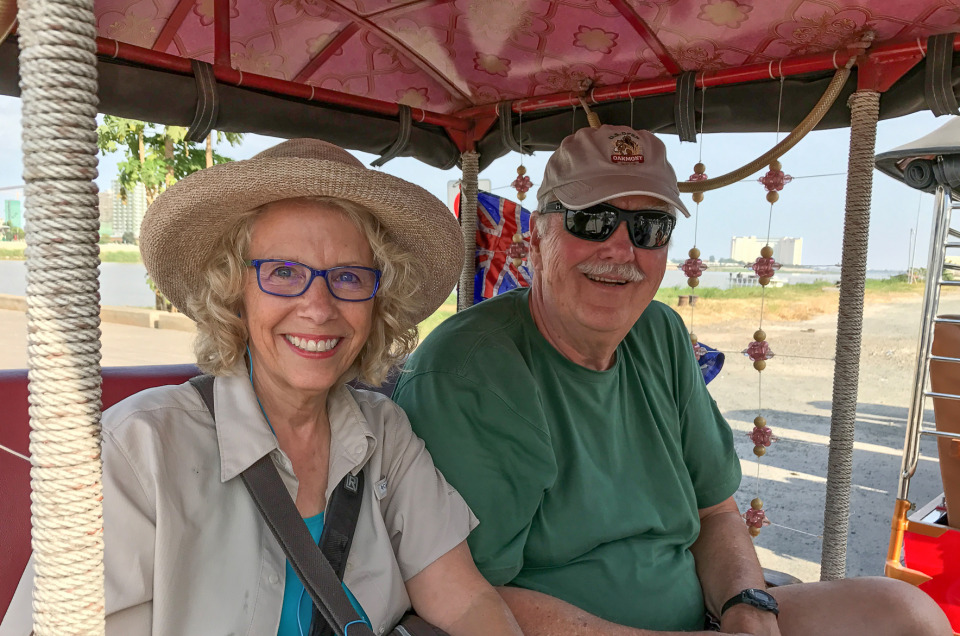