There are plenty of photography articles about how to shoot reflections, but have you ever thought of why you would want to include a reflection in your photo? I believe that when you add dimension with water reflections, you double the amount of time someone will look at your shot. It’s sort of a two-for-one deal.

I hope the following photos will inspire you to find some water and add dimension to your photos by including a reflection. Then, please share your results in the comments!

How many photos have you seen of the Forbidden City in Beijing? They are usually taken from the front and they’re what we have grown to expect. But there’s a moat around the Forbidden City, and there’s water in that moat. If you want to find a place to shoot, it helps if you have a tour guide who is interested in photography and patient.

That’s how we discovered this location. The light was shining from the east and lit the Watchtower of the Meridian Gate with golden light. The reflection in the mote doubled the height of the tower, making it even more formidable, as it rose above the trees and people.

Add dimension with a water reflection of a zebra

What could be more endearing that a photo of a zebra, with his charming stripes? (Fun fact: Did you know that no two zebras have the same striped pattern?) After taking 11 photos of this zebra with his herd (or dazzle!), including some sweet shots of mothers and children, I noticed this puddle.

As I watched, the zebras slowly meandered toward the road and the puddle. I waited. Unfortunately, most of them avoided the water, but I was lucky with this one. Since you usually see zebras on dry land or leaning over watering holes to drink, a profile shot of a zebra with a reflection is more unusual. And it takes longer to look over that photo, meaning your viewer will enjoy your photo more!

Add dimension with a water reflection of a watermill in Normandy

On a stroll around the city of Bayeux, we came upon this old mill. As we headed downstream, I started shooting photos of it. This is the 21st photo out of 22! While each photo was fine, I was finding it hard to share the excitement of the scene in a photo. Maybe I should have titled this post, “Take more photos!” 😉

When I reached this angle, I could see how I could add dimension with a water reflection, which gave the photo depth. First, you notice the waterfall, which leads your eye to the mill wheel. Then, the ovals formed by the arches draw your eyes upstream They also repeat the rounded wheel pattern. The photo is no longer flat. Instead, it has depth and motion.

What you do when the hippos are dozing

As we approached this watering hole, we were told it was called the “Hippo Pool”. From a distance, there didn’t seem to be any hippos around. And then one of boulders in the water woke up, complained loudly, and moved, with which the rest of them groaned and moved. Then, they relaxed back to sleep. Welcome to life at the Hippo Pool.

Because we were in the Ngorongoro Crater in Tanzania, I shot this at f/11 to bring much of the view into focus, including the rim of the crater in the far background. The clouds in the sky were a lucky break. They formed a frame for the sleeping hippos in the pool and added depth and dimension in the water reflection.

Add dimension with a water reflection on a flat-lit day

On a calm overcast morning, we headed out into the Chesapeake Bay from Onancock, on the Eastern Shore of Virginia. We followed this sailboat as we wove our way around the bends of Onancock Creek.

The red marker and its reflection immediately caught my eye. The marker seemed to be pointing to the red clouds, both above and below. (Yes, I think it became a stormy day.) Then, I noticed how the mast of the sailboat stood parallel to the marker, including in the reflection. This was photo number 11 of 23 that I took. I was waiting for the right moment with both the marker and the sailboat in the photo and an uncluttered background. This one was the winner, because the mast of the sailboat was between the two low groups of trees in the distance. Adding dimension with a reflection of water, added to the calm feeling of the shot.

On a Viking River Cruise in the Netherlands, we stopped to visit Kinderdijk. I’m willing to bet that there are millions of photos of these windmills. I took 22, not including the closeups of details. This one was number 21.

Sometimes you must walk a little farther, or even run if time is limited and you are on a tour. I left our tour behind and headed away from the crowds to get a reflection shot. By including both the windmill and the clouds in the sky in the reflection, I added dimension to the photo.

Many of us own cameras that don’t include an articulating LCD screen. That means that we are the ones who are lying down on the ground to get just the right angle as we shoot reflections. I wanted to share this photo of my friend, Jessie Fanning, of Jessie Fanning Photography. I shot this photo of her a few years ago on a photo walk in Colonial Williamsburg.

She is demonstrating a great way to shoot reflections close to the ground without getting wet and dirty. Best of all, she is also protecting her neck.

If you take a good look at her position, you’ll notice that she is squatting down with her heels flat on the ground, in a resting position. The flat heels lend stability. Then, to hold her camera steady, she’s pressing her left arm into her left knee . Finally, to save her neck, she’s shooting to the side, rather than straight ahead.

Give this position a try and see what a difference it will make to your shot. I’ve nicknamed it “Photo Yoga.” It’s great for any low-angle shots!

Here’s your challenge. Grab your camera this week and add dimension to your photos with a water reflection. No water? No problem. You can take along a large bottle of water and create your own puddle. Then, share your results in the comments. You can help inspire others!

I’ve also written a post about shooting reflections with an iPhone. You can read it here:

Curious about the Eastern Shore of Virginia? If you live in the States, you don’t need a passport to get there! 😉 In fact, it may be a short drive away from where you live. You can read about Tangier Island, as well as how to get there, where to stay and what to shoot while you’re there in this post:

Or learn even more about ESVA by checking out this site: https://visitesva.com/

Since we sold our boat a few years ago, we drove to Onancock on our most recent trip. We loved our stay in the Provence Room at The Inn at Onancock: https://www.innatonancock.com/ Their signature Wine Down Hour was superb!

In Cape Charles, we stayed at the Bay Haven Inn in the James Wilson Room and left with the recipes for breakfast! Yum! 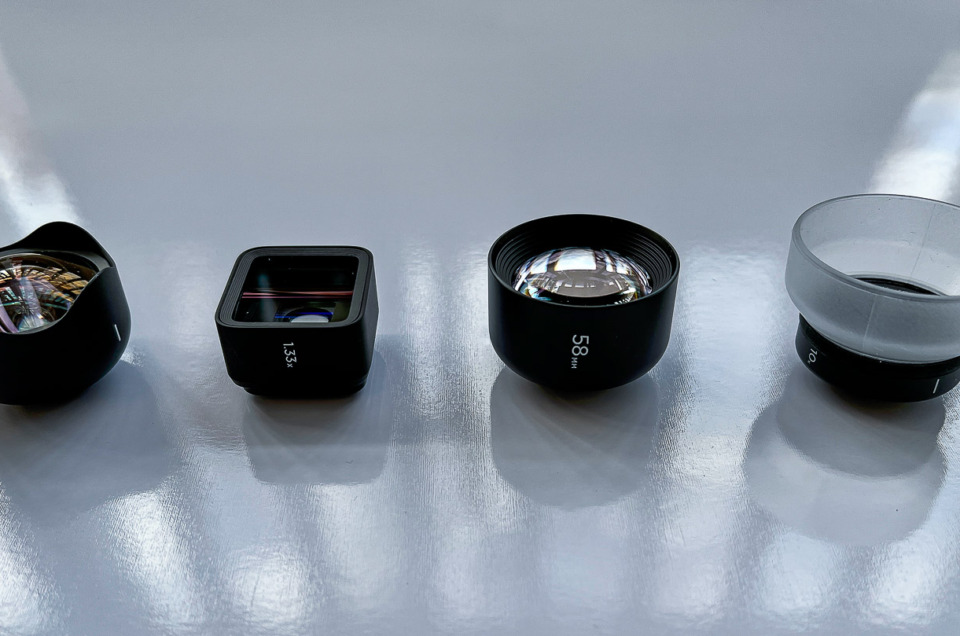 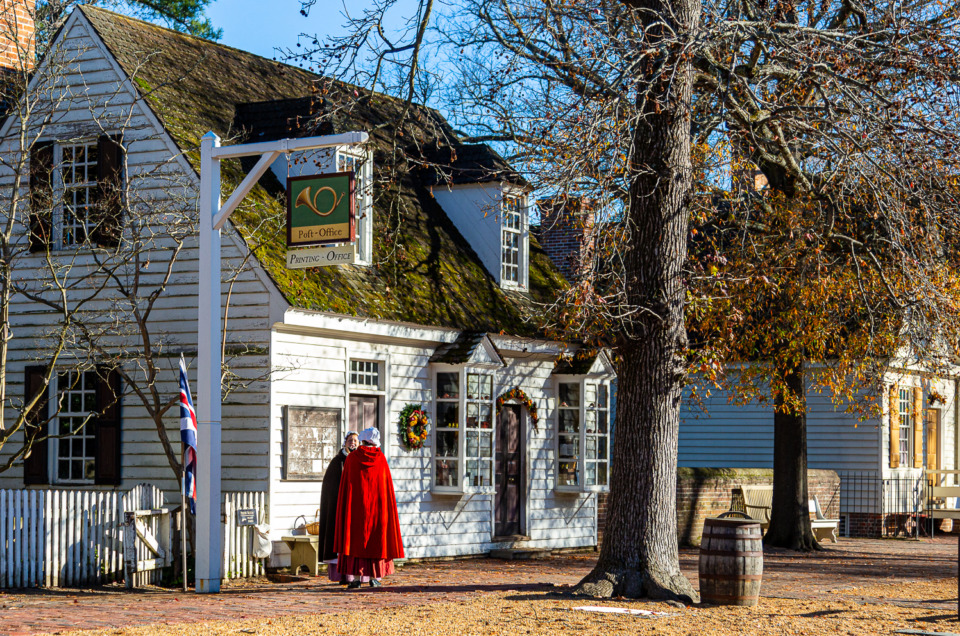 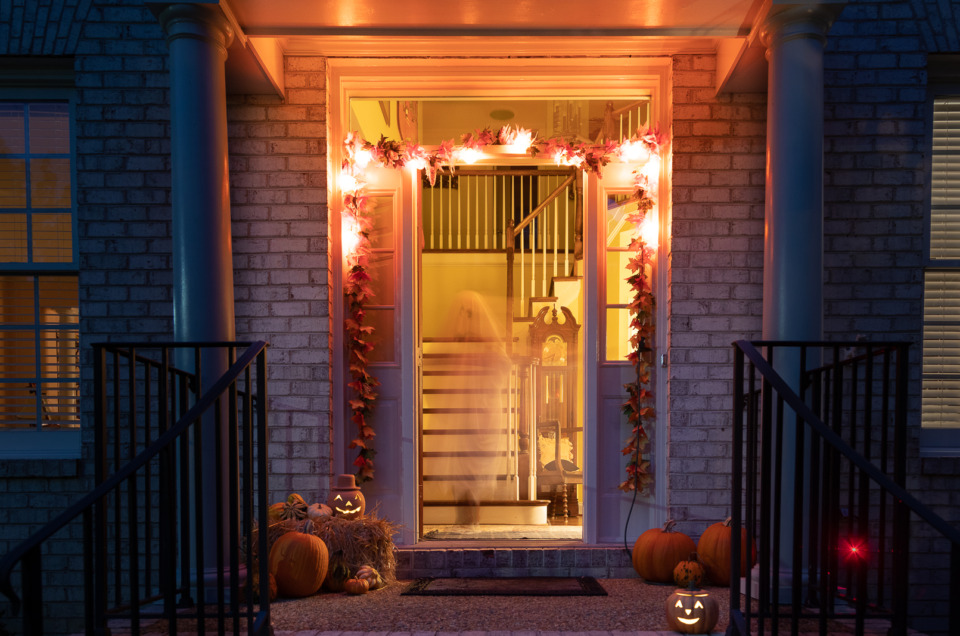 Creating a Ghost with Your Camera
October 31, 2021